“Should I join the union?”

This blog post is dedicated to helping you answer that question. After all, you’re really the only one who can make this decision for yourself. Let’s explore all the elements you should consider before plunking down a hard earned 3,000 bucks!

This is really the bottom line question. Details aside, are you ready to join the union?

Are you dedicated to becoming a professional actor? This could include working as a background actor, of course, but only if you plan to work enough to justify spending thousands of dollars upfront.

Are you in class? Are you putting yourself out there? Are you booking a lot of non-union work? This could be whatever “a lot” means to you, but are you generally getting callbacks? If your journey is consistently ending at the first audition, you could probably use more training.

Remember, joining the union means you’re in the big leagues. You are in a pool with thousands of serious actors who are investing in themselves, in class, in workshops, getting coached for auditions, and on top of the business side of things as well. This is incredibly exciting, of course! Are you ready to do what it takes to show you’re as serious as anybody?

Really, “ready” is a mindset. Yes, it helps to have some credits, but you can always do SAG-AFTRA student films to build your body of work. In my opinion, the question has more to do with where you are mentally. Do you feel good about your work? Is your money situation in order? Are you going to be working three jobs just to make ends meet? You might want to take care of that first. Do you have a coach you can rely on for those big auditions, or are you just going to wing it and waste the opportunities? Are you ready to commit to this career with your time, energy, and spirit?

There are some definite “yes” scenarios in my mind, which you would have to weigh for yourself. If you are booking so much non-union work that you’re turning it down, it probably makes sense to join. If you feel good about your work, you want access to all the resources the union offers (see below), and $3,000 is pretty easy to get for you, you may as well. If you are a must-join, don’t mess around with dodging the union and continuing to work SAG-AFTRA jobs. Find a way to pay and join.

For a background actor, it’s really more of a math question. Let’s say you plan on working background for at least the next three years. That means paying an extra $1200 per year (joining fees plus dues for three years = $3600 minimum, divided by three). If you are working commercials, you may make this difference up rather quickly. On a television set, you may be making only $70 more per 8 hour day than a non-union actor. It takes 17 days on set using those parameters just to break even on your investment. Not bad, but something to keep in mind if you are only casually working a day or two a month, or don’t plan on doing background work more than a year or two. 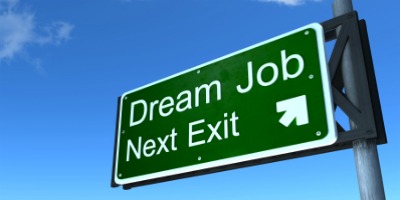 Will I Still Be Able to Find Work? Isn’t There Less of It?

This is, again, a judgement question. Mathematically, yes, there is less work, but there is still a lot of work. In this day and age, technology has made it possible for almost anyone who wants to create a film or series to do so. A lot of it may be for the web, but there is a union contract for that. As mentioned, there is a contract that covers student films as well.

Obviously, you are also competing with a smaller pool of actors for this smaller pool of (better paying, don’t forget!) work. According to the SAG-AFTRA website, they represent approximately 160,000 performers of all kinds. This may seem like a lot, but, remember, this includes voiceover artists, DJs, announcers, dancers, background actors, and more. When you narrow down even further by your location, age range, type, etc, you can see that you are truly in a more elite group.

Besides the pay almost always being much better on a union job, you are also protected when it comes to collecting that pay, not to mention residuals. The quality of the work overall is obviously going to be higher as well. Less “guy with a camera shooting the first draft of his script,” and more “full, experienced crew lighting you properly, and production team with an actual address.”

Of course, you can ALWAYS produce your own work if you feel stuck. There are multiple union contracts that require little or no budget. The union does not want to keep you from working, they just want to help protect you while you do.

As a final note, there is Fi-Core. This is a union status that allows you to become a “fee paying non-member,” therefore eligible to work non-union jobs again. Most in the union, including myself, feel very strongly that this is not an option worth choosing. It’s basically viewed as being a “scab” and you lose a lot of member benefits. There is quite a process you’ll have to go through to join the union fully again, as well. To prevent ever feeling you “need” to do this, you can be sure you are ready to join SAG-AFTRA before joining, and learn the easy ways to turn non-union projects into union ones, so you aren’t in a position of having to turn work down. (I promise to dedicate a blog to that process soon!)

What Are the Benefits?

Now to the exciting stuff- what do I get for all my money?

Most importantly, you gain the protection SAG-AFTRA provides for performers. No studio system for us, folks! This means they have contracts in place to protect you on set, people to help you recover pay you’re entitled to, and a whole department of people mailing you residual checks! The union makes sure producers have the proper insurance in case you are injured on set. They are constantly negotiating new and better contracts to help you make an actual living. You will have a pension that must be paid into by production when you work, and the possibilty of health insurance. You also gain an ally when you have a problem. The union is there for performers, bottom line.

However, there are a lot of more “fun” benefits as well! I’m going to list here some that are provided in Los Angeles, but these will vary depending on your region. Contact your local SAG-AFTRA office for specific information to your area if you are outside of Southern California.

The SAG-AFTRA Foundation is an absolutely incredible resource. Just a few of the things they offer, absolutely FREE to members:

The Foundation also functions as a safety net for performers. They offer scholarships, a catastrophic health fund, and emergency assistance to members. More information can be found at http://sagaftra.foundation/

You’re in the same union as these guys now. NBD.

Of course, you also have voting rights on contracts and involvement in the decision making process when it comes to SAG-AFTRA matters. As a member of the union, your voice is heard!

How Do I Join? What Are the Costs?

Joining is a fairly simple process, once you qualify.

Basically, there are three ways to become eligible to join the union. Since SAG and AFTRA merged, you do have to qualify through one of these channels. It used to be that you could simply sign up for AFTRA, pay your dues, and have at least one union card. Now, you only have to join the one union, but it’s a bit more difficult to get in.

The three ways are:

You must provide proof that you meet one of these qualifications. SAG-AFTRA will verify your application and, once approved, you simply need to pay your Initiation Fees. At this time in Los Angeles, that cost is $3,000. Contact your local office to see if your area has a different fee structure. There are often payment plans available as well.

You must pay dues twice a year to keep your membership current, and these vary depending on how much you’ve worked the past year. Minimum is around $200 per year, so a little over $100 every six months.

For more information on how to join, go to https://www.sagaftra.org/content/steps-join

Hopefully this serves as a helpful guide! The SAG-AFTRA website offers a ton of information over and above what I’ve provided, and please keep in mind that a lot of this blog is based on my opinion and personal experience, nothing more. Everyone’s journey is unique, so you have to decide what’s right and best for you!

If you have any questions, please feel free to comment below or send me an email. I try to answer every message!

Best of luck and Happy Acting!

1 thought on “Should I Join SAG-AFTRA?”